MADE IN MONNOW – IGGY AZELEA ‘WORK’ 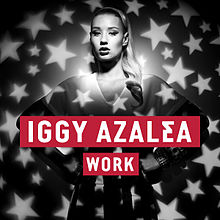 Let’s jump right into the charts NOW and see who’s putting out music made with us….

Whilst we’re know for hosting bands such as Black Sabbath and the like, we do love a bit of rap/R&B or just good old fashioned pop. We had the stunning Miss Azelea in just before Christmas ‘working on her sheeeet’ with The Invisible Men – and we’re happy to announce that her debut single ‘Work’, has received over 6 million Youtube plays and charted at number 17 in the UK Charts.

Check her weeerking it below…